From novice to skilled performer!

What is the progression from novice to skilled performer? How does that map to the teaching techniques employed in Sport Diddy challenges? Read on to find out!

When I taught my children a new skill I went through the following Learning Stages:

It is important to be patient when teaching and learning skills as success isn’t a straight line. To teach a skill may take minutes, days, weeks, months or years. All the stages below need to be followed and you may have to go back and repeat the process.

A very simple explanation is all that is needed for a young child, so that they understand what skill they are trying to achieve i.e. What is the challenge?

For example, I wanted to teach Diddy how to play the off drive in cricket. Rather than going into complicated detail on how to play the shot or the angle of the bat, I simply explained where we were trying to hit the ball.

I would say, “Hit the ball into the kitchen Diddy”.

Initially, I would open the bat face for him before starting to throw balls.

As he became familiar with the cue “hit the ball into the kitchen” he would automatically open the bat face as seen in the clip below.

I decided to teach Diddy how to perform a Maradona spin which is a complex move that always looks fantastic when performed well.

First Diddy stands and watches me do it. For a while it looks like he loses interest but then he encourages me to “try again”.

I made up a simple jingle to help him remember it and within a short period of time Diddy wanted to copy me.

I helped a little with his balance and he performs the move beautifully.

We then learned how to do it on his weaker side which can be seen in our advanced football course.

This is a skill that many footballers cannot perform on both feet!

In my opinion copying or modelling is very underused in sports teaching.

This is important when your child first learns a skill or is very young. By taking them through the movement / action you are painting a picture of the correct movements. 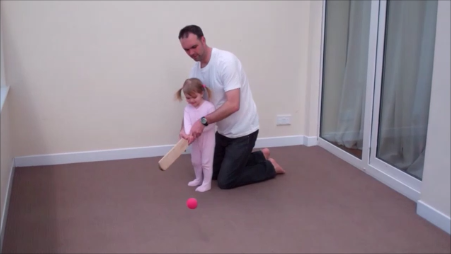 I stand behind Diddy Roo guiding the cricket bat to hit the ball. She is then able to perform the skill on her own in a very short period of time. 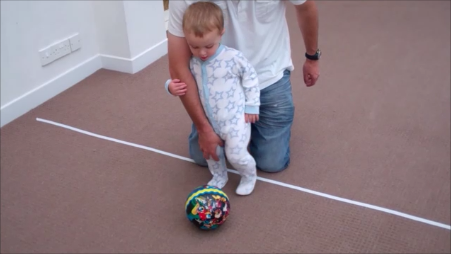 In this example, I isolate the body part that is required for the skill which allows only one possible movement. Diddy can only kick the ball with his weaker foot, but gains confidence as I am there to help. Independence follows soon after as I gradually remove my support.

This stage isn’t always necessary but is sometimes needed when your child isn’t quite ready for full independence.

Every child will be different in the amount of support they need. Diddy needed this stage far more than Diddy Roo. 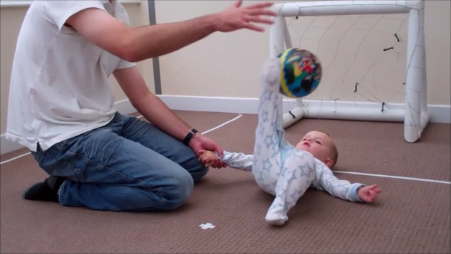 When we did overhead kicks Diddy liked me to hold his hand or he would hold my finger.

Being nearby makes your child feel that they aren’t on their own just yet and you are there if anything goes wrong.

In the badminton serve challenge shown below, I would first move slightly away from Diddy, so he could have a go on his own, but stay on the same side of the net as him so I could step in at any time to help. 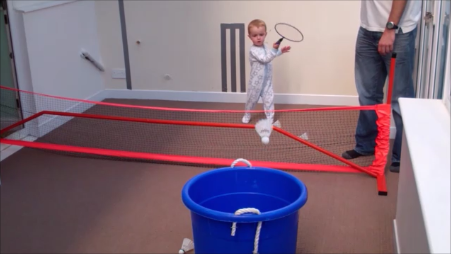 I would then retreat to the other side of the net before moving myself out of the room. 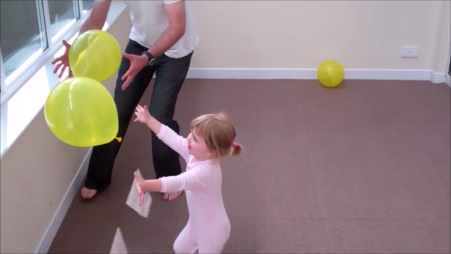 In the balloon kick and catch challenge above, Diddy Roo and I performed the challenge alongside each other, both catching the balloon at the same time.

This is another step towards independence but gives your child the confidence of you being there and sharing in the challenge.

It should be obvious when to withdraw support away from your child. If it isn’t obvious, your child will usually tell you!

On the badminton challenge we went through the first four stages of learning and Diddy was ready to have a go on his own. I set up the challenge and then pretended I needed to go and get a drink. With the camera rolling Diddy performed the badminton serve with full independence. He shouted to tell me that he had served it into the bucket and he didn’t need me by his side anymore.

In this Badminton clip after explaining the challenge to Diddy you can see all the learning stages that we went through before he was able to perform the badminton serve with full independence.

Every child is different and every helper/teacher is different so it is impossible to set a timescale for learning a skill or successfully achieving a challenge. Once I had found my own efficient way of teaching my children, we were learning new skills in minutes.

Find your own efficient method, practice it and hone your teaching skills until you can accelerate the learning of your child. This doesn’t just apply to sport.

It is important to remember however, that from the first time you pick up a golf club or tennis racket to consistently performing a perfect shot may take months or years. That’s fine - you get more time playing and bonding with your child!

Things I learned: My Own Experiment

Q. Do you notice anything unusual about these photographs? 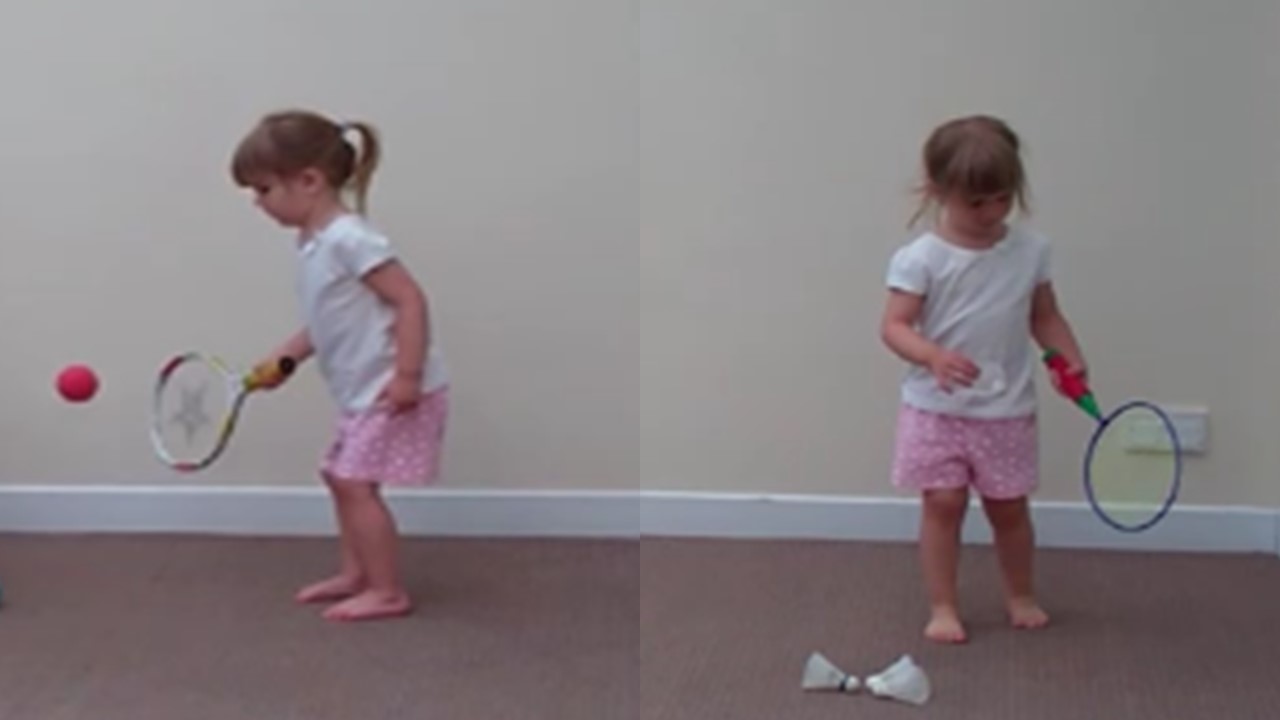 A. Diddy Roo plays tennis with her right hand and badminton with her left!

When I teach football (soccer) I obsess about my players being able to use both feet and believe that proficiency in both feet is easily achievable.

What does this tell us?

Differentiation and the feedback loop!